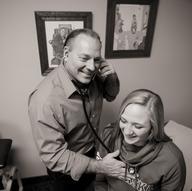 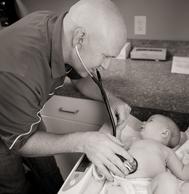 Brett grew up in Bassett, Nebraska. He received his undergraduate degree from Northeast College in Norfolk, Nebraska. After being awarded the National Health Service Core Scholarship, he graduated from the University of Nebraska Medical Center’s Physician Assistant Program in 1993. He practiced in McCook for eighteen years providing care in family practice and Emergency Medicine. In 2011 he was elected to a three year position on the State Trauma Board. Brett is active in the Nebraska Academy of Physician Assistants and is board certified in Family Practice Medicine through the NCCPA. 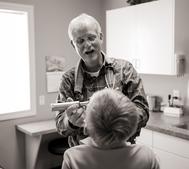 When the hurt can't wait, we're there!

Jim was raised in Alliance, Nebraska and attended Chadron State College prior to graduating from the University of Nebraska Medical Center in 1997. He holds a masters degree in Physician Assistant Studies. Jim worked in a Rural Health Clinic in Crawford and Family Practice/ER in Chadron until 2005 when he moved to McCook to work in Orthopedic Surgery for the following five years. Jim has served in the National Guard providing medical care and readiness since 2003. Jim was awarded the Physician Assistant of the Year award by the Nebraska Academy of Physician Assistants in 2013.

Jay was born and raised in Sidney, NE. He spent many summers in McCook growing up as his mother, Lee-Ellen Creasman, was raised here. His grandmother, Rene Creasman, was in the second graduating class of McCook Junior College and taught at East Ward and the Junior High, and his grandfather, Sam, worked for Burlington Northern for over 35 years. Dr. Matzke graduated from the University of Nebraska Lincoln and received his medical degree from University of Nebraska Medical Center in Omaha. He has practiced family and sports medicine in Nebraska, Iowa, and Kansas for the past 32 years. He currently lives in Gothenburg, Nebraska.

Jesicca is a native of McCook, Nebraska and graduated from MHS in 2005. She attended South Dakota State University, graduating with a Bachelors of Science in Nursing, and worked as a Registered Nurse in Texas prior to attending the Texas Tech University, Physician Assistant program. She graduated with a Masters degree in 2015 and has practiced Primary Care in Sudan Texas prior to returning home to McCook. She has a passion for women’s health, mental healthcare and pediatric patients. 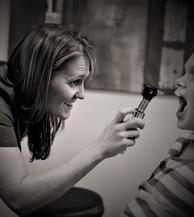 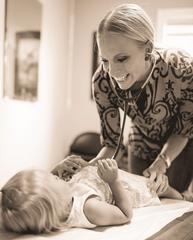